It was the best and worst of times 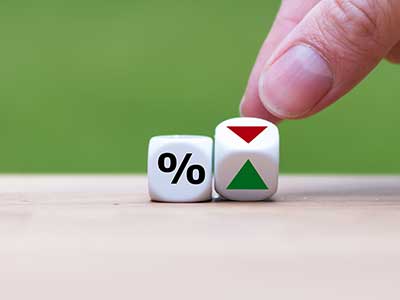 This article was published by Ben Hailes on 15 March, 2021

50 years from now (perhaps even sooner), academics will review recent events with much vigor. Their research and reviews will focus upon the rationale of modern economic theory, principles of leadership, the effects of pandemic/s on global economies and the impacts (or lack thereof) of climate change on global economic growth.

See, since the beginning of the Global Financial Crisis (GFC) in 2008 nothing has been normal. Of course, for us Aussies, we've been the lucky ones, seemingly sidestepping the global threats with little impact to our lives and prosperity. With (relatively) stable governments, record low interest rates and a resilient if not booming resource sector, we are the 'lucky country' where our fears stem from the relentless march of the Aussie dollar and the resulting effects that these movements will have on our terms of trade. So, what's this all got to do with 'yellow goods'?

Here, markets look to Caterpillar to gauge the health of global markets. Why? Markets consider Caterpillar a reliable bellwether of global economic activity, operating on the notion that companies and governments tend to only commit to capital expenditure if they are confident in the economic outlook and, their own financial standing. Thus, if a market is strong and the outlook positive, it stands to reason that orders of equipment will rise to meet the growing needs of an expanding economy. So, what is it that the tea leaves are telling us?

Hard to tell, economics is an imperfect science that need to be considered in context of country, sector, and machine, with markets all too often moving at different speeds.

Despite Caterpillar reporting poorer results in 2020, green shoots are appearing, with the mining equipment market showing signs of recovery at the end of last year. Despite what many are calling a 'structural' decline in coal, I reckon it's going to be with us for a little while yet with countries including Japan, South Korea, Taiwan, India, and China (go figure) all demanding our black gold.

More telling is the performance of Iron Ore, Gold and Copper that stand to gain most from the global stimulus aka massive injection of cash. Albeit with a somewhat of a lag effect (i.e., by the time equipment is ordered and delivered) the results for the last quarter of 2020 were telling by mineral with distributions of equipment with gold miners up 50% year-on-year as mines attempted to cash in on substantially higher gold prices compared with a 55% decline across coal and the oil sands. The results for copper and iron ore while modest at 13% and 5%, respectively, are likely to increase in the coming quarters as the global stimulus flows through the system.

Shipments by product were noteworthy with mining trucks (by volume and value) accounting for 60% of total industry deliveries during the final quarter of 2020, representing the sharpest growth across all product lines. This demand was followed by dozers and wheel loaders that were both up over 30% in sharp contrast to hydraulic shovels/excavators that declined by 10% (with electric shovel deliveries declining by over 60%).

Australasia remains the largest region for overall deliveries however declined year-on-year by 20% while Latin America saw increases attributed to the region's exposure to copper, gold, and iron ore.

Most telling is North America that 10-12 years ago was second to Australasia in market size and now ranks behind all other regions except Europe and the Middle East. One can't help but think that with Trump (and his penchant for coal) now gone, North America's prospects of any sustained recovery may be limited.

Confused? Hey, I get it, I wouldn't blame you for a bit of naval gazing. Take heart though, with a market awash with cash and economists predicting potential beginning of a '10-year super cycle' we may well be in for a highly prosperous decade, the caveat being of course that 'an economist is an expert who will know tomorrow why the things he predicted yesterday didn't happen today…!

This article was originally published by the Components Only team in the March 2021 issue of "@ The Coal Face" magazine.